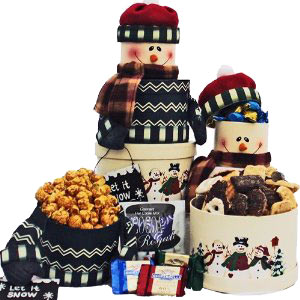 Homeschoolers are well-known for going against the flow and for being free thinkers, willing and able to think outside of the box. With this Christmas fast approaching most families are making plans and sharing creative ideas. I'd like to invite our readers to share their family traditions and holiday ideas.

Family traditions are a wonderful way to create lasting memories for your children they can carry with them into adulthood and share with their own family long after this holiday season has ended.

We've all received a gift at one time or another that was, let's say this gently, something we wouldn't have bought for ourselves. Many of us secretly enjoy the practice of regifting. Why not take it one step farther. Whether it be a silly gift, an ugly gift or one that is totally useless, why not create a family tradition of regifting that item. You might even encourage family members to explain why they felt this years gift recipient earned the honor. Have fun with it.

25 Days of Christmas - a great tradition!

Are you tired of the commercialism that has invaded Christmas and threatened to take the joy right out the season? You are not alone. One mother has found a way to make Christmas not only fun for her family, but also to create memories that will last a life-time.

JulieBeth shares with us a wonderful lesson in sharing the special gift of giving and how to give that gift to our children. Some gifts can't be bought or sold, they can only be experienced by the heart.

I've never liked the way presents are opened on Christmas morning - the kids tearing into the wrapping paper, and spending two seconds on each gift, only to set it aside and tear into another one. Or wanting to stop and play with a toy, only to be told, "There's more gifts! Keep going! You can play with that later!"

That's not mentioning all the "getting spirit" going around.

Also, Christmas is my favorite time of the year, and it seems to go by so fast. I wanted to treasure the time with my family. For this reason, I began searching for a better way, and found "The 25 Days of Christmas" tradition. This is how it works:

For 25 days until Christmas, beginning on December 1st, the children open one gift from under the tree. Now, before you start thinking about 25 toys, let me explain.

The gifts do not have to be all "toys" or "things", although they can include them. They can also be events or giving opportunities. It can be Christmas traditions you already do, or events you are already planning. Let me give you some examples.

I kept each event a secret until the day of the event - so it would be a surprise and something to look forward to. She also received toys - but just one at a time. It was a joy seeing her open a present and treasure the one gift she had received.

My mom lives out of state, so all of her gifts that she mailed were also put under the tree to be opened one day at a time. That took care of 4-5 days right there!!

I numbered each gift, so she knew which one to open for that particular day. I didn't have all 25 gifts ready before December - I just put them under the tree as I had them ready.

Any event we were planning for Christmas was represented as a simple gift under the tree. I even wrapped a couple library books that followed the subject, maybe with a package of hot chocolate. Then we would cuddle up, read the book, drink hot chocolate, and at the end of it would be a note about the event of the day!

On Christmas morning, all she had was her Christmas stocking (filled with candy, nuts, and 99 cent store stocking stuffers), but she was totally satisfied.

Of course, there's those trips to relatives houses where she does the traditional "open all the presents at once" routine, but it usually goes okay. (In fact, you could make that one of your 'events'.)

We also have a Christmas Precious Moments coloring book that has been a tradition since she was one year old - she colors one page in the book each year, then we put it away for the next year. This is one of her gifts and it's fun comparing her coloring skills.

Last year, she received a small, red, stuffed bear for one of the gifts and a library book about a homeless man and a teddy bear. After she opened the bear, she hugged it tight while I read the story, then I told her about a homeless shelter in Modesto (that just happened to be having an open house that day), and how a little girl would love that teddy bear she had just received. I told her it was totally her decision, and if she wanted to keep the bear, she could.

We left for the shelter, and she held the teddy bear in the car the whole way with tears streaming down her face. As we toured the shelter, found out about the families that lived there, and even ate lunch with many who were there, she willingly left her teddy sitting on one of the kids' bunkbeds.

It was a remarkable experience for both of us, and I wouldn't hesitate to do it again.

I look forward to the 25 days of Christmas this year, and want to find more opportunities like that one.

If your imagination has been flowing while you read, please share! We'd love to hear your ideas.

When I was a kid our stockings were stuffed with candy, which either ended up getting devoured in short-order or quickly forgotten only to be tossed out later. Frankly, with all the great stuff to eat on Christmas, who needs all that candy?

Our family has a "stocking stuffer" tradition.

I guess before I get started I should note that I inherited these really huge stockings, they must be about three feet tall and can hold a lot. Filling them used to be a real challenge but now we have it down almost to a science.

Christmas morning we all "open" or stockings and the gifts inside. Since we spend Christmas eve with the Great Grandparents and extended family on Christmas afternoon we decided long ago to do something a little out of the ordinary.

When the kids were little, we were always broke at Christmas time, though I always had good intentions of getting the shopping out of the way early, it just never happened. So, instead of fretting over trying to buy Christmas gifts for everyone. Our family agreed to celebrate Christmas in mid-January. That way we always had money to spend and all the stores were having terrific after-Christmas sales.

You might think the kids would object but they loved it. Not only did they end up celebrating Christmas twice, but we were able to spend more on their gifts and purchase those items that they did not already receive. It was a win-win situation for all of us.

We customize each stocking with additional items, depending on who the stocking is for. These are just a few of the items we have given in the past. Don't be afraid to be creative.

Just For The Little Ones

Christmas has become so commercialized that it can be a real challenge finding something special for family members. I try each year to find meaningful gifts, not just any old thing. I detest wasting money buying gifts for people that they neither need or want.

With the rising popularity and declining prices of digital cameras and photo printers, many have been bitten by the shutterbug and enjoy the picture taking experience. Living close to Yosemite National Park as we do, we have enjoyed many picture taking trips and decided to share the beautiful images we have captured with family members.

So, last year we purchased some beautiful 8 X 10 Loft frames and printed off some of our best photo images, which were taken at Yosemite, Hope Vally and Topaz Lake. The initial cost was a little more than I had planned but everyone was thrilled with the gifts and if they get tired of the picture we gave, they can always use the frame for one of their own.

The frames we purchased were heavy - nickle and walnut, with very sharp edges, which would have pierced the Christmas paper quickly left as they were. I purchased a roll of heavy brown paper and wrapped the picture frames first before wrapping them with fancy Christmas wrap. Not a single one was ripped in transit.

Holiday Resources for the Entire Family