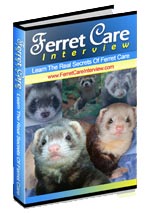 Homeschool families are known to be a little strange, just ask anyone. We often keep strange hours, we are generally more informed than the general public on social issues and we keep strange pets.

In fact, just last year my son brought home a couple of pet worms that he lovingly talked to each day. They took up residence on my kitchen table for several weeks until I had my son return them to the yard. We've shared our home with black widow spiders, snails, slugs, a couple of tarantulas and a few lizards.

Unfortunately, here in the state of California we aren't allowed to own a ferret or a hedge hog, which thanks to Sonic Comics my son sorely wants. Currently ferrets are illegal to own in only two states, Hawaii and California.

No new California legislation concerning ferrets has been introduced so far in 2009.

Check out this short video on The Blackfooted Ferret. Wildlife biologists from the US Fish and Wildlife Service explain how they are making great strides toward saving this endangered species that was once thought to be extinct. From breeding ferret offspring to preparing them for release back into the wild, the recovery effort of these cute carnivores is rich in math and science. [Get the free study guide.]

Attempts to Legalize Ferrets in California

AB 647: Wild animals - domestic ferrets, was introduced by Assemblyman Paul Koretz, (D-West Hollywood) in November of 2006, had the bill passed ferrets would have been allowed to be imported into California, so long as they were vaccinated against rabies and, if more than 6 months old - spayed or neutered. AB 647 allowed the breeding of ferrets if the owner held a USDA breeding license. It also allowed pet stores sell ferrets that were spayed or neutered.

Ferrets pose no threat to agriculture or wildlife. Fifty states report that there are no feral populations of ferrets in this country, unlike many other domesticated pets such as dogs, cats, horses, rabbits, sheep and goats. Escaped ferrets simply do not survive long term. Clearly, the environment is a greater threat to the ferret than the ferret is to the environment.

Ownership of the domesticated ferret is a protected right under our State Constitution which guarantees citizens rights to private property. Private property is described in the California Civil Code to include all domesticated animals.

Neither the ability to establish feral populations, impact humane agencies, nor inflict bodily harm, is a litmus test for domestic pet ownership. Otherwise both domesticated cats and dogs would be prohibited ahead of the ferret.

California's prohibition of the domesticated ferret is not just about ferrets, it's about people. Good people have been criminalized who have simply chosen one domesticated pet over, or in conjunction with, another, by this ridiculous law.

The only reason the domesticated ferret is banned in California is because it is has mistakenly been included on a list of prohibited wildlife. The Department of Fish and Game steadfastly refuses to do for Californians what other wildlife agencies have willingly done for their citizens, right an obvious wrong.

Georgia, New Hampshire, Vermont, Michigan and Massachusetts have all recently legalized the keeping of the domesticated ferret with the full support of their respective wildlife agencies. California is the last holdout on the continent. It begs the question: do we have a different kind of ferret in California, or a different kind of wildlife agency?

My children grew up with lots of animals and learned a great deal while gathering information about their care and dietary needs. Pets are terrific companions and help teach responsibility and compassion. It's a shame that the law has kept so many from learning more about nature and the facinating habits of ferrets. 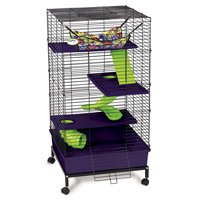 The domesticated ferret is a cherished and often pampered member of the household throughout the U.S., Canada, Europe, Australia, New Zealand, and Japan.

I would caution parents to spend time learning about any potential pets purchased for their young students, to ensure that the prospective pet is compatible with the needs of you and your children. Some pets require special accomodations, while others are time consuming and costly. It is unfair to bring an animal into your home and get it acclimated to your family, only to discover it was a bad fit in the first place.

I have provided links here for those interested in owning a ferret. Should the law pass, you may want to consider purchasing one for your family, just be sure you know the habits and needs of the ferret and their tendencies before you make a commitment.

A great way to get acquainted with ferrets and the demands of ownership is to volunteer at your local ferret shelter before acquiring one. You may even decide to open your heart and home to one of these shelter animals - the love they'll give you in return is priceless.

Before you can legally make these choices for your family, we must first act to ensure the right of Californians to own one of these wonderful furry creatures. Call or write your legislator today. Write or call Assemblyman Jared Huffman, Assembly Water, Parks and Wildlife Committee chair at: (916) 319-2006.

AB 647 is being held under submission in the Senate Appropriations Committee and has not moved forward since August 25, 2005. This means that the bill is being held in committee pending funding.

AB 647 would (1) allow domestic ferrets to be imported, transported, possessed, or released alive into this state, as specified, and (2) require the Resources Agency to arrange for the completion of an initial study to determine whether a negative declaration, a mitigated negative declaration, or an environmental impact report (EIR) is necessary to determine the effects of legalizing ferrets in the State.

Status: This bill is dead.