Turning off the tube and turning on family life.

The upside to not having cable television has been having more discretionary cash, more family time spent together playing games and we are far more selective with movies we do inevitably watch.

A little over a year ago we shut-off the cable. Originally, Comcast had hornswoggled us into signing up for a program line-up with all the bells and whistles. They had a terrific deal going. Comcast offered us free-installation, a digital cable box with remote, HBO and a few other premium packages -- all for a mere $25.99 per month.

We really enjoyed watching the science programs, Nova specials and PBS programming, Liberty's Kids a family favorite, is a delightful history program designed to help give children an idea of what life was like in the late 1700s. The primary goal of the Liberty's Kids TV series is to provide 7-12 year olds with a fresh and exciting experience of the extraordinary period from 1773 to 1789 in American history.

Through the eyes of two young apprentice reporters named Sarah and James, viewers of Liberty's Kids go on adventures in search of the real stories of the American Revolution. Sarah is a proper British girl right off the ship from England and James, a fifteen-year-old apprentice, sees things from a cocky colonist's perspective.

The problem was the way the programs are packaged by Comcast. Many of the premium packages include "features," which we felt didn't belong in any home with children. So, we did what any good parents would do, we called and canceled the package. This small adjustment had a negative impact on our bill, causing it to rise to $34.99, even though we were promised the original plan price for 3-months.

Still my husband and I felt that the price was fair and let it go. On the fourth month our bill shot-up to the $55 range, even though we made the appropriate cancellation of certain services to avoid being charged. With this increase we were beginning to feel the pinch in our budget - time for a family meeting.

With summer getting into full swing, we began spending more and more evenings playing cards out on our deck amid the pleasant smelling pines. The deck provided a peaceful solace that sheltered ones soul after a troubled day. Many evenings we'd sit in the pitch-black darkness that seemed to extend on forever, just staring at the starry sky. 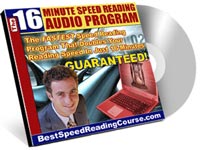 We simple didn't have time to enjoy the cable packages we were paying for, so after haggling back and forth with their sales agent, they finally agreed to cancel the service. Their sales staff is the most aggressive crew of workers I've found in the service industry. They might not always get the job done right but they sure can push it. I do hope their talents are being financially rewarded.

The first few months without service were a breeze. You see, being without cable here in the mountains means being without any television programming. The longer we were without cable though the harder it got. We began buying movies again and borrowing DVDs from the Twain Harte Public Library. Residents in Twain Harte, CA are fortunate to have a helpful librarian. She really takes the time to assist the library patrons.

Our family is participating in the Million Minute Family Challenge. I should have personally kept track of our total time we spent playing games this year unfortunately I'm not that organized. We've been submitting them piecemeal throughout the year. Our favorite games include: Stratego, Rummy cube, a card game called, Hell, its grandma's favorite too. Summer vacations consist of continuous games of Hell being played nightly for two solid weeks. Tripoli always spices things up and we make it extra fun by playing for pennies.

Kids learn a great deal playing games with adults. As they play they are processing our reactions, responses and chattering about anything and everything and nothing at all. Children see us playing fair, demonstrating sportsmanlike like conduct and most of all listening. Families who play games together, without belittling or displaying anger can be a tremendous influence on their young ones. I'll be the first one to admit to losing her cool during a heated game of Stratego - it happens to the best of us. Fortunately, children are very forgiving and learn from how we handle conflicts. Games reach us on an emotional level because they stir up those fierce feelings of competition and that drive to win.

Chess is one of the best games you can teach your 8 - 12 year-old, the game requires you to get to know your partner. It offers freedom of movement, gives you a feeling of protectiveness and requires the use of strategy, skill, planning and a tad bit of luck thrown into the mix.

Besides playing games and watching movies we've encouraged our son to take part in the family business. He's learning to diagnose computer trouble, reload operating systems, test software and he's having the time of his life creating custom graphics. His latest passion is database structure and usage. Until just yesterday I had no idea my just-turned 9-year-old could type and I'm not talking chicken scratching, I'm talking 35 - 40 wpm. What a shock.

I can't even take the credit for it. My only part in it was purchasing a typing program and allowing him to install it on his computer. Apparently, he's taken advantage of it. I'm thrilled. I still worry about things like math but I must remind myself I was concerned about his spelling as well. His spelling seems to be progressing quite nicely on it's own as my son works on developing his web skills and his blog. We haven't allowed him access to dictionary.com yet but he does have Word as a tool and of course we are always here to assist him. He will often send me an instant message with a spelling request.

My concern is the caliber of programs being produced today. There were several television programs my family enjoyed watching. For my husband it was Star Trek Voyager and Stargate SG-1 - Sci-fi fan that he is.

For my son it was Kim Possible and Liberty's Kids. For me it was 7th Heaven, Law and Order and the History Channel, my all time favorite.

After a long absence I've finally been able to watch several dozen Law and Order episodes, what a shock. The show is an inside look into the seedy under life of New York City, which seemingly permeates the city. One of the most shocking segments dealt with the subject of abortion. This program depicted pro-lifers as being irrational and cast them in the light of contempt. The innocent life of a child was snuffed out at the hands of teenage parents, out of fear of a parent unwilling to admit that their child could make a mistake. Law and Order casts' parents and Christians alike as disdainfully contemptible.

At the same time Law and Order is being used to bring sympathy for the homosexual lifestyle and the issues, which present themselves when an individual chooses a risky mode of living. I worry that instead of teenagers learning to "accept" homosexuals they are instead being indoctrinated into the lifestyle because of the constant bombardment with sexual issues that they aren't mature enough to deal with at such an early age.

I was impressed with one episode that dealt with the subject of anthrax and the total control the feds demand since the Patriot Act was enacted. The characters showed integrity and a sense of honor in informing the public of vital information that was being withheld "for our own good" to prevent widespread panic. I often wonder just how much is covered up in the name of national security.

The upside to not having cable television has been more discretionary cash, more family time to spend with each other and we are more selective over what movies we inevitably watch. Movies like Secondhand Lions - though it contains a couple of dialogs the movie could do well without, it's a wonderful family film and the children can be distracted or the set muted during the couple of short scenes with questionable content. (One Uncle asks the other if he ordered a hooker, when niece, May shows up unexpectedly. Parents may also object to these oldtimers facination with guns, though no one gets shot or killed the Uncles shoot over the heads of salesmen throughout the movie.)

I would advise parents to closely monitor what their children are viewing. Just because something looks innocent enough and is rated "G" for general audiences, does not mean it's appropriate for your child or up to your family's high standards.

Though I miss watching the daily news I can honestly say our family is better off without the constant intrusion into our lives of gangs, sexual deviants, violence and foul language. One of my biggest pet peeves is the number of so-called children's programs, which have young children swearing like sailors. What are these producers thinking? Should all of our children be led to think it's normal to spew obscenities? I was always taught that people, who use bad language, do so because of a lack of vocabulary. Now it all makes sense.